Upgrades to the Web Interface Engine are made periodically. While it is possible to continue to use a previous version, at some point you may wish to upgrade to the latest version - this may be to take advantage of a new feature or for performance improvement.

This document highlights features that have been introduced or changed as part of various Engine releases; these changes are ones that could impact on the upgrade of a Web Interface. When upgrading from an engine version that is previous to when the feature or change was introduced, you should make any necessary changes to your Web Interface to ensure that it remains compatible.

Please note that if you make a copy of an existing Web Interface, the copied version will be using the most recent Engine which could be a different version to the one the original Web Interface is using. Under these circumstances, you will need to ensure that the copied Web Interface is compatible with the latest Engine, this document will help you determine what changes are necessary. 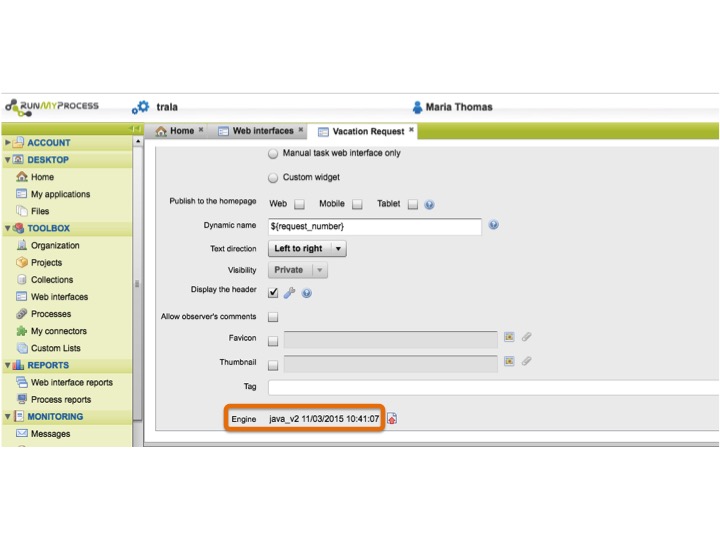 The following section considers changes introduced as part of Engine releases which will impact on upgrading Web Interfaces to the latest version.

Adding the JQuery library can be done by opening your Web Interface, choosing the Java Script tab and choosing to Add a JS Library. 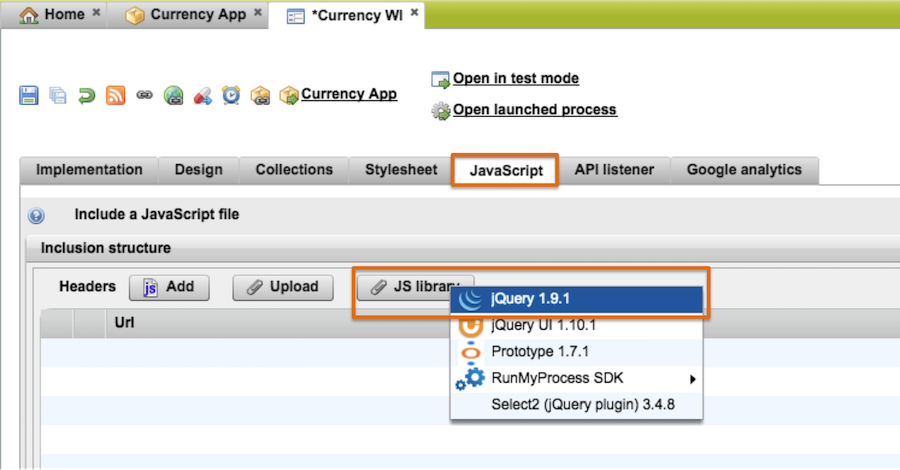 Please be aware that the look and feel of the upgraded Web Interface will be significantly different as the CSS was re-written as part of this release.

Web interfaces with an engine version Lifou v2 or more recent use a different escape rule in embedded scripts. In these more recent web interfaces, a simple \ is used to escape special characters instead of a double \\. This applies in all scripted properties of the widgets - scripts, urls, regular expressions and so on. As an example, consider the widget email pattern. An email widget is simply a text input using a regular expression to check if the filled in information is indeed an email.

Before the Lifou v2 release, the pattern was:

After the Lifou v2 release the pattern became:

Web Interfaces using Java v2 or previous versions will need to be tested following upgrade to ensure that the syntax change has not created any problems.

When upgrading from a previous engine version, you should ensure that no references are made to the variables and functions from outside the script.

To proceed with upgrading your Web Interface to the latest version, click on

which can be found next to the engine version that is currently being used. This can be found on the Implementation tab of the Web Interface detail page.