New projects initially do not have any versions. Versioning is not required for developers and designers to perform their tasks. However, as the applications the projects belong to go through their lifecycle, multiple versions will be created.

Project versions can also be pushed in the opposite direction, i.e. from Live to Acceptance to Test or from Live to Test:

The execution mode of a subproject is independent of the mode of the main project. An application that is already staged for acceptance may, for example, include subprojects that are still in development.

Project versions have different configurations and characteristics depending on the execution mode they are deployed in: 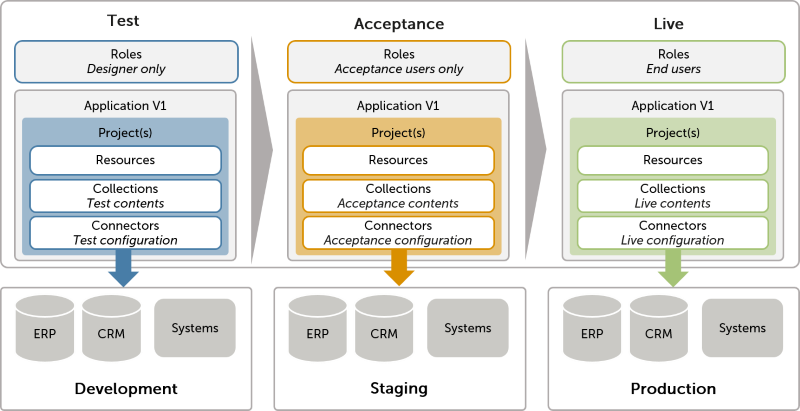 A project version running in Test mode is characterized as follows:

A project version running in Acceptance mode is characterized as follows:

A project version running in Live mode is characterized as follows:

Lifecycle with Predecessors and Instances

Pushing the first version of a project from one execution mode to another does not pose any problems. Careful consideration is required, however, if a predecessor version of the project has already been deployed in the target mode, and in particular if process requests and web interface instances launched with the predecessor version are still being executed: 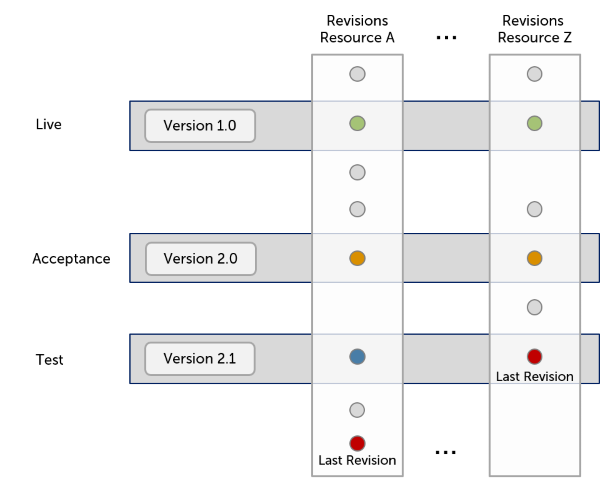